In 1939-1941, something or some one was digging up newly buried people in the graveyards around south Morganton North Carolina. Parts of the newly deceased corpses would be eaten and often the partially eaten remains would be posed and left in weird positions setting on or near the grave they had been dug out of. Before long, armed guards were being left in the graveyards at night but before it was stopped people at the time said as many as 30 or 40 peoples graves had been dug up and the persons remains partially eaten. What or who was doing it was never discovered, but some one or something was doing it, that much was evident.

Some people at the time told of seeing grave robbers in the graveyards with long dirty fingernails and wearing dirty gauzy clothing. People told that you could actually smell the grave robbers long before you could see them because they smelled that bad. It was always rumored that the grave robbers were actual "GHOULS"  robbing the graves and eating the remains of the buried corpses. 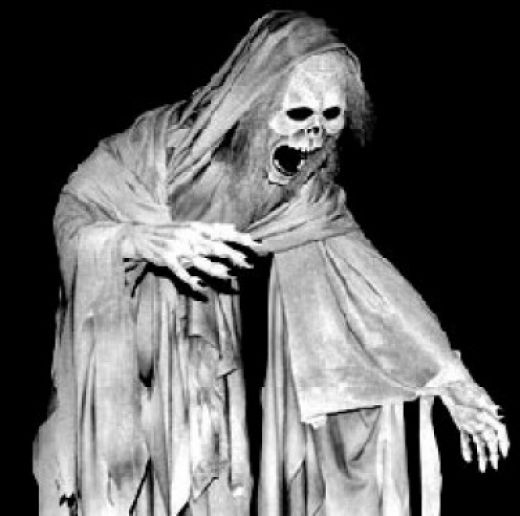 Something moving in room behind us!
840 views - 0 comments

Create a Free Forum at Webs.com